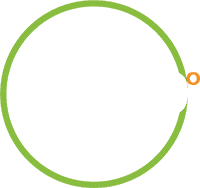 A Tribute to Earl Segerdahl

We would like to take a moment to celebrate and thank former President and CEO of the Segerdahl Corporation—the forerunner of SG360°—Earl Segerdahl, who passed on December 14 of this year, aged 78.

As the son of company co-founder Gil Segerdahl, Earl learned printing from the ground up beginning with the business’ earliest days. In the early 1970s, he continued the family legacy by becoming President and CEO. Then, not long after the Board’s formation in the early ‘80s, he was named Chairman of the Board.

Earl was a passionate owner/operator whose sharp business acumen and ability to visualize the future helped him put what was a very successful regional printer on the road to becoming what it is today: a national industry leader in direct marketing communications.

Long-time SG360° employee Steve Buechel and Rick Joutras—who succeeded Segerdahl as CEO in 2003—recall an employer who took delight in interacting with his work force. Because he was a NASCAR investor, “Earl would always give free passes when there were car races in the area,” said Buechel. “And he loved friendly wagers with the pressmen on football games.”

“Earl was a hell of a fighter,” recalled Joutras. “He never hesitated to reinvest in the company and was willing to sacrifice personal gain to build the business for the future.”

It was that attitude that guided Earl, starting in 1991, to acquire eight new web presses which led directly to the business doubling its revenue. With that, Earl’s vision of Segerdahl becoming the “best and most innovative direct mail printer in the country,” as Joutras recalls, was officially launched.

“Earl’s passing gives all of us at SG360° the opportunity to take stock of the DNA of our business – understanding where we have come from as a company provides the necessary context to inform how we best move forward. I can clearly see Earl’s fingerprints, sustained and improved upon by Rick Joutras, in the SG360° of today. The competitive drive, resilience, and connection with people constitute the ‘secret sauce’ of our company, which has enabled us not only to survive but also to thrive in the current challenging business environment. I’m grateful for the foundation that Earl built.”

Buechel remembers Earl’s connection to the company and its employees never wavered, even after the ESOP purchase of the business in 2003. “He would often reach out to a lot of us to see how the company was doing, and at the end of every phone call he would always tell us to keep the place going because it was the company his father started.”

Sign up for the latest research and tips for direct marketing success.

This website uses cookies to improve your experience while you navigate through the website. Out of these, the cookies that are categorized as necessary are stored on your browser as they are essential for the working of basic functionalities of the website. We also use third-party cookies that help us analyze and understand how you use this website. These cookies will be stored in your browser only with your consent. You also have the option to opt-out of these cookies. But opting out of some of these cookies may affect your browsing experience.
Necessary Always Enabled
Necessary cookies are absolutely essential for the website to function properly. These cookies ensure basic functionalities and security features of the website, anonymously.
Functional
Functional cookies help to perform certain functionalities like sharing the content of the website on social media platforms, collect feedbacks, and other third-party features.
Performance
Performance cookies are used to understand and analyze the key performance indexes of the website which helps in delivering a better user experience for the visitors.
Analytics
Analytical cookies are used to understand how visitors interact with the website. These cookies help provide information on metrics the number of visitors, bounce rate, traffic source, etc.
Advertisement
Advertisement cookies are used to provide visitors with relevant ads and marketing campaigns. These cookies track visitors across websites and collect information to provide customized ads.
Others
Other uncategorized cookies are those that are being analyzed and have not been classified into a category as yet.
SAVE & ACCEPT